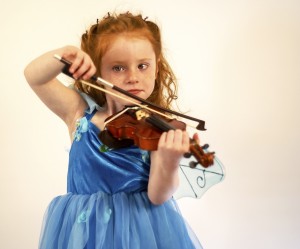 There might be different views as regards music as it has a significant effect on our emotions and scientists have proved that music also affects the development of human brain too. When a baby is born, it has billions of brain cells, over time these cells grow stronger. Children who grow up listening music have strong music connections. It affects the way of your thinking, for example, listening to classical music improves your spatial reasoning, and if you are learning by playing with an instrument, it affects individual thinking skills.

Is it true that music makes one smarter?
Music controls some cells of the brain for a particular way of thinking, and after listening to classical music, one can quickly perform some spatial tasks such as solving a jigsaw puzzle. This improved performance is because the classical music pathways are similar to the channels used in spatial reasoning. When one listens to classical music, these channels are turned on and are ready to be used. These open channels result in solving the puzzle quickly but lasts for a short time after listening to music. Playing an instrument also improves the spatial skills as research has proved that music training creates new pathways in the brain.

Music and ballet intertwined right from the beginning of time. Without music, ballet is nothing more than the empty motions of a ritual. Without the movement and rhythm of the dance, music loses all vitality. Moreover, so, ballet as a doorway to human expression hinges on both music and dance.

Jean Baptiste Lully (1632-1687), the Italian-born French composer who founded the French national opera was not just a court composer to Louis XIV, but also a choreographer who produced court ballets for Moliere’s plays. Because of his work in music and choreographer, his productions never lacked an accompaniment. However, theater productions of the eighteenth century turned composers away from ballet and toward the music of ballroom dancing.

This phase sustained its self straight through the nineteenth century except for pieces by Russian classical composer Pyotr Ilyich Tchaikovsky (1840-1893) which include the Nutcracker, Swan Lake, and Sleeping Beauty.

In the twentieth century, however, ballet came back to the spotlight. Once again considered a respectable art form, choreographers looked to the works of classical composers such as Mozart, Bach, Vivaldi, Chopin, Brahms, and Handel to perform the art of ballet dancing too.

Many agree that dance owes its very existence to the likes of those who are both composers and choreographers. Because being musicians in nature, they naturally pay close attention to ballet following the rhythmic structure of its accompaniment precisely. One who does not understand music can easily create choreography that looks good that in of itself, yet at the mercy of a great classical piece the novice falls short of expressing the true nature of the piece. Instead, they turn the production into a form of movement that is devoid of both art and beauty. The experts instead know when it is appropriate to go against the grain of the accompaniment to heighten those dramatic periods which capture their audience’s attention and leaves them breathless.

Do you have a brass band and looking for new music to play at your next performance? Check out and purchase my arrangement of No. 5 Pas de deux From Act I from the Ballet Swan Lake Op. 20 by Pyotr Ilyich Tchaikovsky by clicking on the link.

Whether you are using a book, video, a real live human, or online lessons, keep these pointers in mind to get the most out our your studies.

2. Study your music lesson as if you were in school. Do some homework, aka practice, every night. If all you have is 15 minutes, then use those 15 minutes. If you do not have time to read/watch and apply, then implement the concepts of your last lesson or drills such as scales and chords. Reading/watching and not having the opportunity to use immediately will usually mean you have to relearn your lesson. Take notes; especially if you are watching a video or working with a human. Also, don’t be afraid to write all over your workbooks and sheet music. Making short notes in your music will help you learn your music and facilitate in a successful music performance, audition, rehearsal or lesson.

These tips work whether you are a child or an adult. Learning to play an instrument is an excellent and fulfilling activity.

Are you looking for an etude book for your music lessons? Check these books by clicking on these links or using the search box.

If you were a teenager, like my sister and brother or a child like me in the 1970’s, the music of this decade is probably the most impressive and most recognized of any other era. The artists of the 1970’s provided us with numerous songs we loved to dance and sing along. At that time most bands played their instruments and did not need to sequence part of it.

I remember how we used to listen to the music then? At first, we had eight track players in our cars; then we moved upward to cassette players. Vinyl records were the most popular way to listen to our favorite music. Every week you could go to your local variety or record store and pick up the new #1 song on a 45 record for under $1.00. Of course, there was always the radio to listen to – most of the popular channels were on am radio. We had many styles of music. Among these types include the bubble gum music of David Cassidy and the Partridge Family, soft rock of Barry Manilow, the great dance tunes of the Bee Gees and the Commodores, the rock of Aerosmith and Led Zeppelin, the brass band sounds of Chicago, or the disco beat of Chic and Donna Summer.

The nostalgia of the 1970’s music lives on today. Can we listen to it on our local 70’s radio station, on CDs, on mp3, download it on our computer, and burn it onto CDs. For those of us who prefer records, we can still purchase them at record stores, antique or second-hand stores, or yard sales. Of course, many of us have held on to our record collections and record players and can pull them out at any time when we need to relive those nostalgic days of the 1970’s. Some bands are still performing after more than 30-40 years. There’s nothing like seeing your favorite 1970’s performers live in concert!

The music of the 1970’s is still popular with people of all ages, not just those who grew up with it. It never grows old. It only gets better with each passing decade.

Relive the days of the 1970’s by purchasing these music selections. Just click on the albums below.

The Hanging Tree is a composition written by James Newton Howard and featured in the 2014 film The Hunger Games: Mockingjay – Part 1 from the Hunger Games film series. This arrangement is for a British Style Brass Band by Lisa Lenke Sousa.
The brass band arrangement starts with a cornet solo and later joined by the solo horn. As the piece grows in dynamics, so does the instrumentation until it reaches a full band at a double forte. At the very end of the composition, the solo cornet returns with the melody and slows down at the end. It is a tiered piece with different dynamics that make the arrangement.